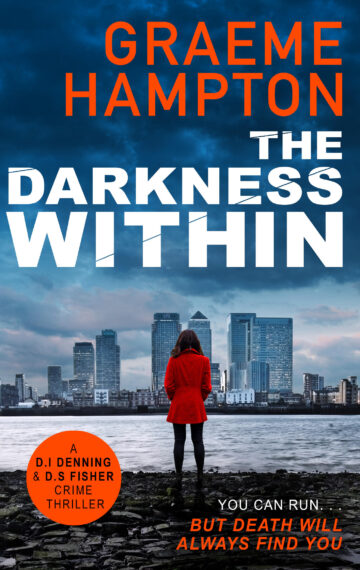 You can run… but death will always find you

A man is discovered on a leafy North London street, fighting for life after a
brutal beating. DI Matthew Denning and his team are quickly called in to to
track down the monster responsible.

Except the victim is hiding secrets of his own. His name shows that he was
reported missing two decades ago – but it’s clear that the missing person is
not the same man lying broken in a hospital bed.

A visit to a squalid East London flat unearths a victim with his throat slit, his
body left to decompose. A sad end to any life – but when it is identified as
former DCI Frank Buckfield, star of the Met police, the case takes on a new
significance.

Two seemingly unrelated cases – but as Denning, along with DS Molly
Fisher, investigates further, they uncover links between the two victims that
lead back to a ring of silence cloaking the blackest of crimes.

But as Denning and Fisher try to track down a killer with revenge on their
mind, they find themselves pitted against a psychopath who will kill to keep
their secrets hidden. Can they uncover the truth, before they end up the latest
victims?

The latest in the gripping London crime series featuring DI Matthew Denning
and DS Molly Fisher, The Darkness Within is a must-read if you like Angela
Marsons, L.J. Ross or Joy Ellis.