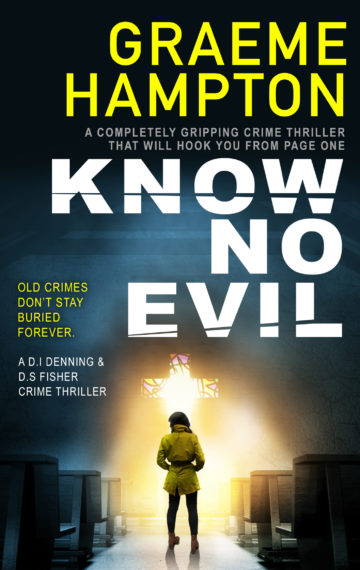 It’s high summer, and London sizzles in the grip of a heatwave. But when the body of young mother, Leanne Wyatt, is discovered in an East London park, the heat rises to boiling point for D.I. Matthew Denning. Under pressure to solve the case, and fast, he delves into Leanne’s history and finds that she was close to some dangerous individuals – could one of them have taken her life in an angry rage? But when another woman is found dead in similar circumstances, Denning is forced to consider that a killer stalks the capital’s streets.

But when young, ambitious, D.S. Molly Fisher, discovers a horrifying link to these deaths and a killing spree in South London a decade ago –a terrifying summer where young women died at the hands of a psychopath the press dubbed ‘The Bermondsey Ripper’, the case is blown wide open. Anthony Ferguson is serving a life sentence for the crimes, so are these new deaths the result of a copycat killer – or did the police convict the wrong man? Whatever the case, Denning and Fisher need to stop a killer in his tracks – before he sets his sights on them.